Founded in 1971 by Mr. Eleuterio Borba. Its nickname is "Banda Velha", which means Old Band. It's the oldest current Portuguese marching band in all of California but not the first to be founded. Several marching bands were founded in the late 1800s and early 1900s, but they faded away over the decades.

In June of 1971 during the celebration of the Holy Spirit sponsored by the Irmandade do Espirito Santo (I.E.S.), Rev. Charles Macedo, then pastor of Five Wounds Portuguese National Church, was in procession with the congregation in devotion to the Holy Spirit. In the procession, Fr. Macedo was accompanied by an older gentleman playing the hymn of the Holy Spirit on an accordion. This was the scene that inspired Eleutério Borba with the idea that a marching band was a necessity.

He spoke to Fr. Macedo about the idea and wanted the pastor’s support and guidance in founding the first Portuguese marching band in decades. The two risk takers set out to find musicians to start a band. Just a few weeks later, they held the first of many meetings whose result would be the founding of the Portuguese Band of San José.

The band was inaugurated on February 13, 1972, and the special guest in attendance was Dr. José Moreira de Campos Alves, Consul General of Portugal in San Francisco. The master of ceremonies was Mr. Joaquin Esteves.

In 2010, the band had 55 musicians, of which 5 were born in Portugal, 53 of Portuguese descent, and two members of non-Portuguese ancestry. The oldest member was 70-years-old and the youngest was 8. Since its founding, the Portuguese Band of San José has flourished while proudly representing the Portuguese culture throughout California and beyond. 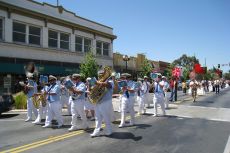 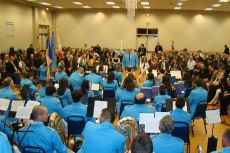 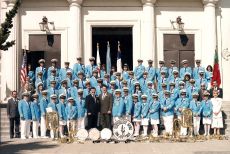 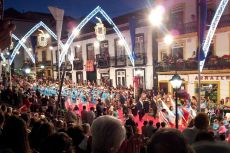 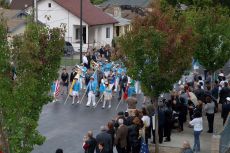 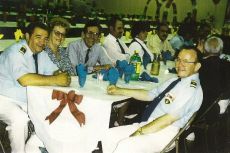 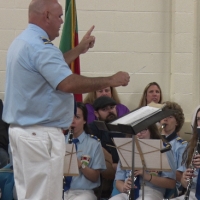 The Reason, by Hoobastank with arrangement by Joe Amaral