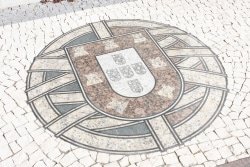 The concept of a Portuguese historical museum had been circulating in the Portuguese community for many years. Formal planning finally began in 1989 as a project of the Cabrilho Cultural Center at San José State University.

In 1991, the Portuguese Chamber of Commerce of Santa Clara Valley assumed responsibility for the museum project. It started the financial ball rolling by securing a grant of $40,000 from the Santa Clara County Historical Commission; another $81,000 was awarded in subsequent grants.

The Portuguese Heritage Society of California (PHSC) was incorporated in 1993 to assume control of the Portuguese Historical Museum project. The organization entered into a contractual agreement with the City of San José to construct and administer the museum to be located at History San José located in Kelley Park.

The PHSC kicked off its initial fundraising campaign in 1993. Several organizations from Portugal and abroad responded with grants:

Portuguese-American societies and organizations also contributed to the first and subsequent campaigns:

Foundations, organizations and enterprises from the broader community also supported the project:

Taken together, grants from these groups accounted for more than $300,000 of initial funding for the project.

Fundraising activities and individual contributions realized another $115,000 for the museum in just the first few years of the campaign. The Wall of Honor, a special fundraising project, helped fund the beautiful plaza in front of the museum, with its compass rose and inlays that depict Portugal from the Age of Discoveries.

The Portuguese Historical Museum continues to be a work in progress. Its motto is: A museum is the living memory of a community. This is appropriate because ongoing community support enables the museum to develop new and exciting exhibits that convey the wonderful history, heritage and culture of Portuguese communities in the United States and around the world. 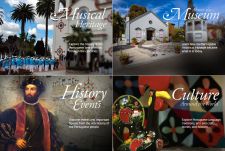 We have digitized our past exhibits. In the menu bar at the top of the page, hover over "Exhibits" and select "By Category" or "By Topic" from the drop down. You may also choose to "Search" by keyword and/or by date range.