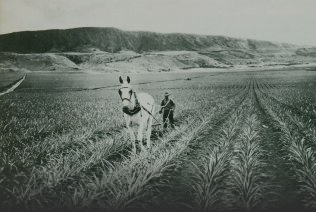 The great migration of 25,000 Portuguese from Madeira, the Azores, and mainland Portugal to Hawaii was financed by sugar plantations seeking laborers. Large-scale production of sugar required many workers, and the Hawaiian population that had been decimated by western diseases couldn't provide enough workers. The plantations brought in Chinese men in the 1860s and 1870s, but they didn’t bring their families. When the men completed their contracts, many left the islands for California, returned home, or moved to Honolulu.

By 1870, there were already approximately 400 Portuguese in Hawaii who had left whaling ships to start lives in agriculture. One of them, Jacinto Pereira, a well-respected owner of a dry goods store, recommended that the Hawaiian government bring Portuguese workers and their families from Madeira. At that time, a Dr. Hildebrand, citizen of Germany and former resident of Hawaii, was living in Madeira and was contacted for his opinion. Dr. Hildebrand agreed to recruit workers and arrange for their transportation and Jacinto Pereira agreed to represent the Portuguese when they landed in Hawaii.