Portuguese Travels and the Meeting of Civilizations 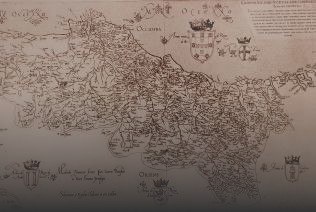 At the end of the 14th century, the extent of the known world was, at most, equivalent to barely one quarter of its true area. As a result of the great expeditions of this period, Portugal became largely responsible for bringing Europe closer to Africa, Asia, the Americas, and Oceania. The significance of the Portuguese discoveries in the history of civilizations is that they made an extraordinary contribution to the opening up of the planet.

The new awareness of life on a planetary scale, which came into being with the discoveries of the 15th and 16th centuries, began to stimulate a world economy. A mercantile economy centered on cities such as Lisbon and Seville came into being, with central and northern Europe and the Italian cities providing the main outlets and sources of finance.

In the 16th century, the drive for expansion took the Portuguese into the interior of Africa, with the exploration of the Monomotapa empire (Zimbabwe) in 1514, and to the Americas, with the arrival in 1500 of Pedro Alvares Cabral in Brazil and of the Corte Real brothers in Newfoundland. João Rodrigues Cabrilho played a decisive role in the exploration of Florida in 1539 and of California, in 1542-1543. The Portuguese went on to Asia and Oceania, reaching Malacca and the East Indies in 1509-1511, China in 1513, and Japan in 1542-1543.