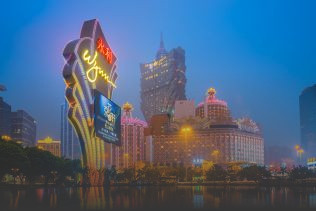 Portraying a very comprehensive 500-year history of Macau from the establishment of the territory by the Portuguese to the present day, this exhibit gives its viewers an overview of Macau, today known as a Special Administrative Region of the People´s Republic of China.

In 1557, the Portuguese took over Macau, making it the first European colony in East Asia. Called "A Ma Gao" by the Chinese (in honor of the patron goddess of sailors, A-Ma), its name was adapted to "Macau" by the Portuguese. For more than a century, the port thrived as the main intermediary in the trade between Asia and the rest of the world: ships from Italy, Portugal, and Spain bought and sold Chinese silks and tea, Japanese crafts, Indian spices, African ivory, and Brazilian gold.

Macau also became an outpost for western religions. St. Francis Xavier successfully converted large numbers of Japanese and Chinese to Christianity and used Macau as a base of operations. In the 1500s and 1600s, many churches were built, and even a Christian college. Today in Macau, this religious legacy can be seen in the array of well-preserved colonial churches.

Macau's golden age ended in the 1800s when the Dutch and British seized control of most trading routes to East Asia. After the British victory over China in the 1814 Opium War, the huge deep-water port of Hong Kong was established, and Macau as a port town was diminished. However, Macau was important to Chinese refugees during both World Wars and the Cultural Revolution. With the introduction of legalized gambling in the 1960s, Macau became a place where gambling, espionage, and crime reigned in the shadow of Hong Kong.

Today textile, furniture, electronics, and other exports join a world-class tourism industry in making Macau prosperous. Just before the 1999 handover to the Chinese government, the Portuguese administration launched a number of public works. A huge international airport was built on a reclaimed island and bridges were built to connect Macau's two islands. More recently, two artificial lakes were constructed in the Outer Harbor along the Praia Grande and another in Cotai. These projects and others have transformed Macau into the Las Vegas of East Asia, though on an even grander scale.