After the attack on Pearl Harbor, numerous Portuguese organizations voiced their support for the U.S. war effort.  The great majority of Portuguese-Americans repudiated the fascist regime of Portuguese dictator António Salazar. The fraternal societies were especially supportive as many of their members volunteered for military service.

After Pearl Harbor, the U.S. Navy needed help to confront the Japanese. As part of that effort, the Navy recruited 47 vessels from the San Diego fishing fleet, many of which were Portuguese owned and operated. The boats would be used for patrolling and transporting supplies and  fuel to the Pacific theater, and on some occasions, as minesweepers. When the U.S. Navy asked for volunteers to man the boats, 600 men, mostly Portuguese, dedicated themselves to this important but risky endeavor.

The vessels were painted gray, given YP (yard patrol) numbers, and fitted with light armament of 50 caliber machine guns, 20 millimeter cannons, and some with depth charges. The "Yippie" boats, or the "pork chop express", as the Portuguese called them, carried their cargo as far as the war zones of Midway and Guadalcanal. These missions often put the boats and crews in harm’s way. A total of 16 boats were lost to enemy attacks, accidents or storms from 1942 to 1945. In some cases, entire crews went down with their ships.

Many of the captains and crew members were recognized for their service and bravery in the face of danger. One among those was Captain Joaquin Theodore, who was born on the island of Pico, and at the age of 17 came to the U.S. and ended up as a fisherman in San Diego. He was given command of YP 36, and besides ferrying marines to Guadalcanal and pulling hundreds of sailors from the water, he was wounded in a Japanese attack. For his honorable duty and bravery, he was awarded numerous military service medals, including the Purple Heart.

Military records indicate that tens of thousands Portuguese-Americans served in World War II. They were present or involved in all of the major battles and operations of the war from the attack on Pearl Harbor to the signing of the Japanese surrender on the U.S.S. Missouri on September 2, 1945. They died along with their fellow soldiers at Pearl Harbor, in the Pacific theater, on D-Day, at the Battle of the Bulge, and many lesser-known battles. If you visit war memorials, museums, national and local cemeteries throughout California, especially in communities with significant Portuguese populations, you will find many who served and died in service to their country. 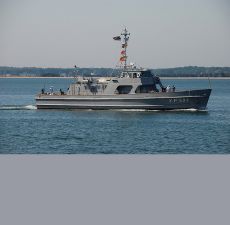