The Cabrilho Cultural Center at San José State University was formed in 1980 to increase awareness of Portuguese culture and history in the United States. In 1989, one of their major projects was to establish a Portuguese Cultural Heritage Museum.

The group deliberated and answered the first three questions of many that would follow:

Where the museum should be located: A setting that would provide the greatest visibility and access to the public was essential. History Park was selected as an ideal site. In addition to the general public, the park is visited by thousands of school children each year.

What the museum would look like: Ideas such as the re-creation of an old-time dairy or a replica of the Five Wounds Portuguese National Church were discussed. Since the tradition of the Holy Ghost Festa is such an important part of the Portuguese culture for the immigrants from the Azores, the group settled on the idea of building a replica of the first "império" (Holy Ghost chapel) in San José.

What would be presented: Starting with a perspective of the important role that Portugal has played in world history, the exhibits would focus on the Portuguese immigrant experience in California with a special emphasis on the Santa Clara Valley. Three members of the original Cabrilho Cultural Center, Dr. Manuel Bettencourt, Joe Machado and Antonino Pascoal, serve on the Portuguese Heritage Society of California Board of Directors today—decades of service to create and maintain the Portuguese Historical Museum. 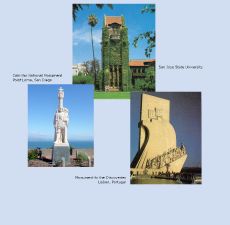